Thigh lift, or “thighplasty,” is a way to improve the shape of the inner and outer thighs when loose skin is irritating, rubbing, or chafing. This is a common concern for many individuals, particularly for those who experience this excess skin after massive weight loss. In addition to dramatic weight loss, heredity and even the natural effects of aging often cause the thigh regions to accumulate excess skin and stubborn pockets of fat. Thigh lift surgery is designed to address these concerns by removing inelastic skin and slimming the contour of the thighs for a tightened, more youthful look. With the thigh lift procedure, Dr. James F. Boynton, our board-certified plastic surgeon, can provide you with smooth, natural-looking results to help you achieve the tone you desire for your legs.

What Are the Benefits of Thigh Lift Surgery?

No matter the cause, excess skin and fat on the thighs can often be extremely difficult, if not impossible, to tone through healthy diets and regular exercise routines. During thigh lift surgery, Dr. Boynton can simultaneously remove stubborn fat while tightening remaining skin for a firmer, smoother appearance. As an added benefit, any scarring from the procedure can often be discreetly concealed just below the bikini line to hide visible signs of surgery. Some patients that have had massive weight loss (greater than 100 lbs) may require a “vertical” thigh lift, which can run down the center of the thigh (similar to an arm lift incision) to just above the knee. This enables maximal improvement to the shape and tone of the thighs in those particular patients that have that degree of excess. In these patients, embrace® Advanced Scar Therapy may also be used afterwards and can really facilitate formation of the most minimal scar possible in this area. 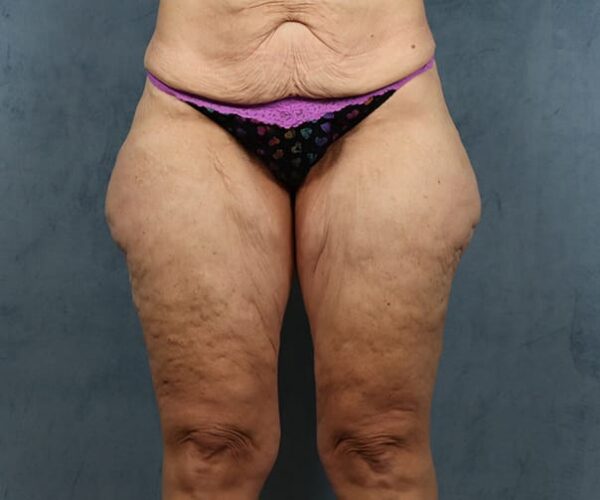 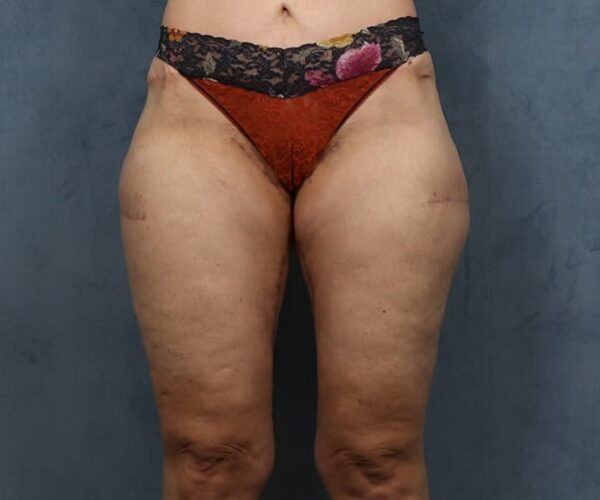 What Is Involved in the Thigh Lift Procedure?

Traditional “inner” thigh lifts were called “medial thigh lifts” and involved a “crease incision” at the junction of the upper inner thigh and groin crease. Many would involve drains and a longer recovery. Often this technique would lead to widened scars as well. Dr. Boynton prefers a longitudinal or vertical thigh lift (thighplasty) that goes along the inner thigh from the inside of the knee to the upper inner thigh, and then tails slightly along the crease between the thigh and the groin. This is the most effective way to really get significant improvement in laxity and appearance along the inner thigh and the front of the thigh, as well. Dr. Boynton’s technique does not involve the use of drains, and this procedure is typically performed on an outpatient basis. Sometimes this procedure can be done in conjunction with other procedures, such as abdominoplasty (tummy tuck surgery) and/or a lateral thigh lift, as well. Patients wear compression garments for 6-8 weeks afterwards to aid healing.

Lateral thigh lift or subtrochanteric direct lateral thigh lift (thighplasty) is a direct way to remove the excess lax tissues of the “saddlebag” region. This area is often initially addressed with lipo-contouring to thin the tissues; however, in patients with severe laxity after weight loss, the skin can settle and require tightening. Dr. Boynton prefers a direct lateral thighplasty that is most effective in treating the area and resolving the area of concern, rather than a total body lift that “pulls” from a higher position and often doesn’t “translate” to as much improvement in the saddlebag region. Dr. Boynton believes incision lines always fade in time, and shape improvement is the paramount goal. This allows patients to wear the clothes they want, such as swimsuits, shorts, and other types of clothing.

Dr. Boynton typically performs the thigh lift procedure under general anesthesia with a combination of liposuction and skin excision techniques. During surgery, he will first utilize liposuction to eliminate stubborn pockets of fat on the upper, lower, inner, and outer regions of the thighs. He typically does most of the liposuction in the area where the skin will be removed. This is very different than many traditional concepts in thigh lift surgery that involve deeper resections of soft tissue and skin and can lead to prolonged swelling, seroma formation, need for drains, and prolonged edema. Dr. Boynton’s less aggressive technique does not require the use of drains and is supplemented by embrace® Advanced Scar Therapy, typically ensuring much faster healing, less swelling, and less bruising. Next, he will remove excess skin and pull the remaining skin tight in order to draw it together for a smoother appearance. The incision will then be closed with sutures, and a compression garment will be issued to aid the healing process and help enhance results.

What Can I Expect During Recovery from Thigh Lift Surgery?

Following thigh lift surgery you can generally expect some bruising and/or swelling, and any discomfort that occurs can be managed with medication. While some patients are able to return to less strenuous activities within a week after surgery, Dr. Boynton cautions patients to avoid physical activities and heavy lifting for at least two weeks. It is important to note that all recovery processes will vary per individual, so Dr. Boynton will discuss your specific healing timeframe with you in greater detail after your surgery.

Thigh lift surgery can also be performed in conjunction with a variety of other body contouring procedures should you desire a more inclusive body makeover.